I`ve had the past week off as annual leave. It`s just as well really because I have some further, unexpected tests and scans to get through relating to my breast cancer or breast banana as I like to refer to it.  Just when you thought etc. etc…… 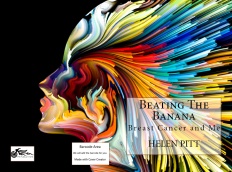 I was due to visit a cousin in Ireland this week but another time cuz, too much on my mind at the mo`.

The holiday at home has afforded me some much-needed time to reflect on my mortality and possible demise, which may be earlier than I anticipated even a year ago although obviously I hope not.  When I was given the news that the banana may have migrated to my other breast, at first I sank into the Slough of Despond but eventually I find, my mind habituates to even bad news, the most morose of thoughts and emotions lessen and in doing so, they become more manageable and life goes on.

I have been reflecting on my life and whether I have any regrets. I have a few, but then again…..

I regret sending Fred Ryland a valentine`s card which read “Roses are red, violets are blue, cabbages stink and so do you.“  Mostly though, being of the nature that believes everything happens for a reason, I regret nothing and I remain an optimist.  I find the main problem with having an optimistic nature is that optimists really believe they can help people become better human beings and are genuinely surprised when we realise yet again and far too late in the day, we cannot.  Hey ho, I digress.

One of the things that living with banana has given me is a really chilled out attitude to the things that don`t really matter which I have discovered is almost everything. Take this morning for example, I have eaten a piece of toast and butter spread liberally with salad cream with a fried egg on top.   Accompanying this feast, I then chomped down an extremely large piece of gorgonzola cheese, two big chilli olives and a bowl of baked beans with at least a desert spoon of Lidl tomato ketchup stirred in.   To finish it all off I took my daily supply of paracetamol, mega doses of magnesium, vitamin D3, cod liver oil, devil`s claw and curcumin supplements.  I fluctuate wildly between eating healthily and not touching alcohol, to downing a bottle of wine and smoking five fags in each hand all at once.  Do I care how much I am abusing my digestive and bodily systems? Not a jot, I`m going to die anyway. Oh come on!  It`s the only thing we can be really sure of and as my sister Sue`s wife said to me the day my sister died, “I knew she was going to die, I just didn`t think it would be today.”  (“It`s a good day to die today,” Dustin Hoffman in Little Big Man.)

I don’t want a funeral. I`ve been to three recently and another one on Monday of next week. They have all been sad and that is absolutely fine of course but I don`t want sad, I want a happy affair.  The only funeral I have ever attended which was an affair involving lots of laughter and celebration was that of a dear friend and colleague Debbie Lees. Hers was a humanist funeral that really spoke of her, it was great.  So after I die, I`d like some kind death person to come and remove my body please and cremate me and may my family and friends have a big party, get drunk, take illegal substances if that is their bag and have a laugh remembering the me who I am.  And I don`t want any hymns sung, I`d rather you sang “Is that all there is?” and “Cabaret” and “You`ll never walk alone” and “The sun has got his hat on,” at the top of your voices and send my ashes off in the form of a firework. Hah!

So there you are, I don`t have anything to leave anybody, if there is one thing I learned from my Buddhist studies, it`s that material things do not matter.  I was about to write something mean and unpleasant here about clinging to wealth and belongings and about hypocrisy but my mother Bess suddenly materialised across the table from where I`m sitting and drumming her fingers on the wood, tut tutted at me and said, “Now, now Helen…..” so I won`t. She died 23 years ago and she is never far away. Thanks mum, you taught me there is a time and a place for everything and most of all you passed on to me your irreverent sense of humour which showed me how to laugh at life`s adversities.  I`ve enjoyed a lot of laughter in my life, you can`t beat it.

So, more tests over the next two weeks and the results at the end of the month, meanwhile, where did I put my baccy? 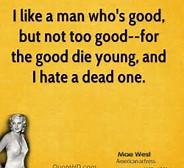 Screenplays (eventually) and the Meanderings of a Complex Mind

Shared stories of living through the coronavirus

Voices from the Margins

A welcoming space for resistance to the forces of oppression and hegemony.